As a Sega fan, the Dreamcast has always been my favourite console. It was my first venture into proper 3D gaming and coincided with the first time I was able to access the internet in my home. At that time, my hippy parents were somewhat suspicious of the internet and how it worked and we didn’t even own a family computer, so when I first went online, we all huddled around the television to stare in amazement as jpegs very slowly loaded onto the screen.  The little grey box wasn’t just a gaming console as my Megadrive had been, it was a portal into a brave new world.

One of the first websites I visited was of course eBay, as a collector it was a complete treasure trove of rare games I had never seen before and ones I had wanted for years.  Up until this point I had fleshed out my collection in flea markets and second hand video game stores. Whilst it could be fun never knowing what I could find, it did mean that building my collection relied on luck or chance a lot of the time. eBay was a gaming collector’s haven, at the few clicks of a mouse (or a Dreamcast pad), I could add to my collection whenever my pocket money allowed. This was a time before words like ‘rare’ and ‘vintage’ were being thrown around as casually as they are today, a time before artificially inflated prices and a time before the vultures had pretty much stripped the internet of affordable gaming gems to be found. 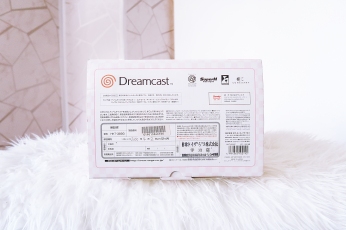 But one item always was out of my reach, it was to become my Holy Grail and the gaming rarity that I would lust after for over half of my life, the Hello Kitty Dreamcast.  The beautiful glossy box was emblazoned with pretty pink flowers and the Hello Kitty motif.  Inside were the Dreamcast keyboard, a control pad and VMU all in a stunning transparent pink. It was a Japanese exclusive and only 1500 were made.  I first saw it one night while I was just casually browsing eBay. I tended to browse online in the middle of the night because we only had one television and I had to fit my gaming around the TV schedule. The first time I saw it I knew I had to add it to my collection.  My wish-list was long already, Samba de Amigo with the maracas, Nights into Dreams with the 3D pad for the Saturn and various imports from around the world. While those games may have been expensive, at over £500, the Hello Kitty Dreamcast was a pipe dream for a teenager with no job. But the heavy price tag didn’t deter me, I knew I had to have one eventually.

As the years started to pass, my collection grew.  I was fortunate enough to work in a game shop for three years while I paid my way through university.  During this time I was able to cherry pick rare Sega finds and use what was left of my wages on eBay. I started to notice a trend amongst gamers and collectors of hoarding ‘rare’ items based entirely on their monetary value and not on their worth to the owner.  I remember one colleague wanting to buy my Samba de Amigo to ‘complete’ his Dreamcast collection. It wasn’t for sale, nor would my collection ever be complete as my goal was not to own every single game ever produced, but rather to own the games that were important to me and to enjoy them.

It was after this time that the prices of games seem to increase rapidly.  Where you could once pay around a pound for a used Master System game, the price started creeping up to around five pounds and in the present anything from ten pounds for a game boxed with instructions in mint condition. In 2006, I paid under fifty pounds for a boxed good condition Sega 32X from then UK chain store Gamestation. To find one under a hundred pounds now would be nothing short of a miracle. Despite having a job, my Dreamcast was still out of reach.  The market value of ‘retro’ games had increased so much, my minimum wage could only stretch so far and university was expensive, especially since I did not take a student loan. 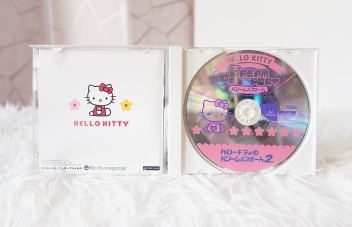 With the ever increasing prices, came the drought of games that could once be easily found in the high street independent shops, and online.  Where eBay had once had a plethora of titles in various conditions, most of these had vanished and been replaced with over priced buy it now options, usually in less than great condition. The word ‘mint’ being completely devalued. Boxed with instructions does not mean mint, it means ‘complete’. Mint should only be reserved for items in the best condition but as with a lot of vocabulary it’s been sadly thrown around so much as to be meaningless. Of course there are still some wonderful sellers on eBay with reasonably priced excellent stock, but they aren’t as plentiful as they were in the past and choice and been vastly reduced.  Likewise the independent shops, often they can be overstocked with hundreds of badly looked after incomplete games with a high price tag and a ‘rare’ sticker.  I’ve been lucky enough to find some awesome indy shops online and on the high street, but they are like gold dust.  Only recently I walked away from an indy shop which had a huge amount of stock, most of it sadly in a degraded condition. The staff seemed shocked when I asked to inspect some of the titles I was interested in, especially when I rejected a Master System copy of Golden Axe where the manual was covered in coffee stains and the cover had peeled off on the back. It was placed back behind the counter with its £15 price tag. (It’s on eBay for a comparative price but sometimes I like to be surprised when I’m browsing on the high street).

My Hello Kitty dream was sadly slipping away. By the time I was financially in a position to spend £500 on a discontinued game console just because it was pretty, I couldn’t find one. UK indy shops would tell me it was just too expensive to import one from Japan, that it would be cheaper to just go there and look for one. So after years of trawling indy shops, game fares and even a trip to Japan itself, Hello Kitty had eluded me.  eBay was drying up and the consoles that were listed were starting to look battered and bruised, no box, no game, no VMU, mild sun damage, smoke damage and so on and so forth. But it struck me that if I was willing to spend £500 on a console surely I could pay whatever associated shipping and duty fees it would cost bringing it from Japan into the UK. So I began my search again. This time I specifically targeted Japanese sellers, and the first thing I noticed was that their stock appeared to be in a much better condition than UK stock, and it was more fairly priced. I found several Hello Kitty consoles all fairly priced and various conditions. Sadly none were in a condition I would be willing to part with cash for except one. The seller had only photographed it from one angle though so I couldn’t be sure how well preserved the box was. I decided to message them and ask for more photographs and tried to reassure them that I wasn’t a time waster, although I’m sure they must hear that a lot. 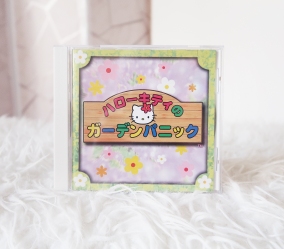 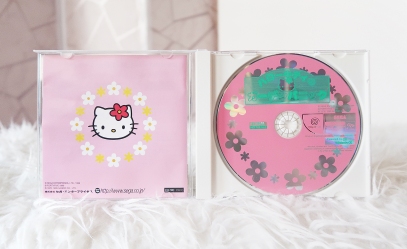 About a week passed and I’m not ashamed to say that despite having eBay alerts on my phone, I kept refreshing the page an unhealthy amount of times. Eventually a reply came and additional photographs had been added to the eBay listing. It was near mint. A couple of worn edges, I could live with that, so I immediately clicked buy it now and sent the seller a very enthusiastic message. The console itself was considerably cheaper than £500, but the shipping was around £100. This would include fast shipping to the UK and cover all the import taxes and duty.  So for less than the price I was willing to pay I finally purchased my dream console and it was coming from Japan.

When it reached the UK border, shipping was transferred to Parcel Force who did a less than wonderful job of delivering it, it took under a week to reach the UK and then over a week for Parcel Force to get it to me from my local depot which is around 5 miles away. I didn’t stay wound up about that for long though when I started unpack it.  Everything was carefully packaged. It arrived in a brown cardboard box filled with bubble wrap. Inside the console everything had been padded out with further bubble wrap, there was even a little piece inside each game case. Unwrapping it felt like a thousand birthdays all at once, I’d wanted this console ever since it was a few pixels on my TV screen half my life ago and now here it was sitting on my living room floor as I took photographs.  It was just as aesthetically and ergonomically pleasing in real life as I had hoped and certainly worth the wait. I wish I had not been deterred from ordering from Japan otherwise I may have had one sooner, having said that I’m glad I imported it. The process was not nearly as complex and bankrupting as I had been lead to believe.  I was able to use a free online tax calculator to check what tax and duty was owed before I made the purchase, although in the end that was unnecessary as my shipping costs were paid in their entirety upfront rather than when the console entered the UK.

So now I have the jewel in the crown of my collection, but its still not complete, I doubt it ever will be. Collecting for me isn’t about an end point, or about having the most games or the most rare or expensive, it’s about enjoying the ones I have.  The video game market place may have evolved over the years but the hidden gems are still there to be found it just takes a little more perseverance, just like before the internet.

View all posts by zombie neko

5 thoughts on “You had me at hello”